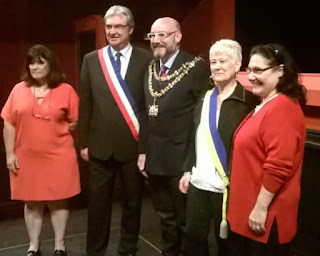 Pursuing plans to take a 'Blue Light' trip to la Ciotat, Mayor of Bridgwater and ex firefighter Leigh Redman led a small group to our twin town in April 2016.

Arrival in Croix De Malte Hotel,  La Ciotat at about 18h30 where we will all be welcomed by Genevière Boissier,(La Ciotat Town Councillor for European Affaires)  Marie-Pierre Léonardelli ( President of Jumelage/ twinning) and Nathalie McAndrew (translator/teacher/jumelage member) 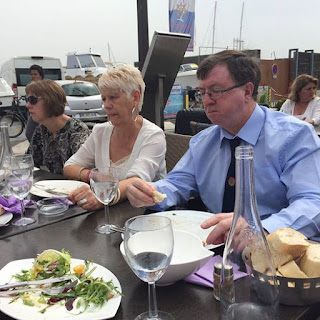 Visit to the Nautical exhibition in the new port (where we will also have lunch). This group will include Patrick Boré, Mireille Benedetti (La Ciotats first dep Mayor- and also Magalie’s mum),Geneviève Boissier, Marie-Pierre Léonardelli and Nathalie McAndrew.
From April 2nd to April 10th, 2016 Les Nauticales Boat Show 4th boat show in France and 1st boatshow in Spring in the Mediterranean area. It represents the opening of the nautical season. Thus, more than 200 exhibitions are spread over 4 hectares of exhibition to present their products and innovations both on the ground and on the sea.> 10 am to 6 pm – Port de Plaisance (Marina)
14h00- 16h00 Meeting with the National Police 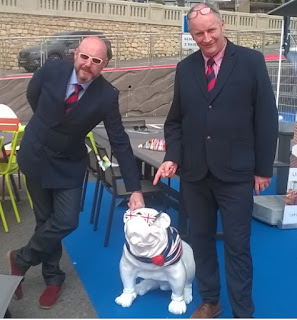 19h45 Magalie will be picking us up to take us for Evening Meal with Mireille Bénédetti, Marie Pierre Léonardelli, Magalie Ambrosi, Geneviève Boissier, Raymonde Pouzadoux (is an Algerian lady- and Nathalie McAndrew

Notre Dame de la Garde ;- This is the giant basilica on the hill.

Mucem – is the museum  of European and Mediteranean civilisations (since 2013)

Way back through the scenery route! 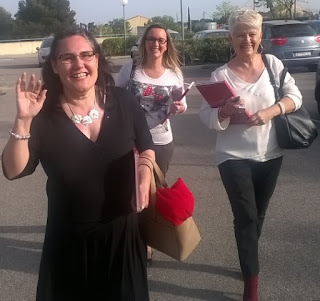 11h00 Quick lunch around the beaches

12h00  Departure with chauffeur from the Town Hall for Nice Airport.

Return to Bridgwater between 1830+1900.
Posted by BridgwaterInternationalBlog at 06:22