To find the history of the link click here. 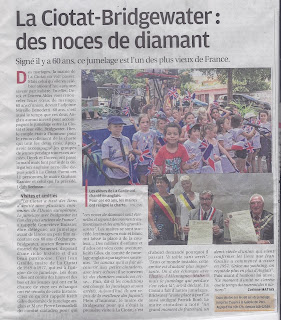 Saturday 24 June
Breakfast
1045 boat trip around the cliffs, Ile Vert and harbour
dinner in the city
1700 re-marriage ceremony for Doreen and Derek at the Mairie
1830 anniversary celebrations for the re-marriage
Evening event at the Bastide Marin 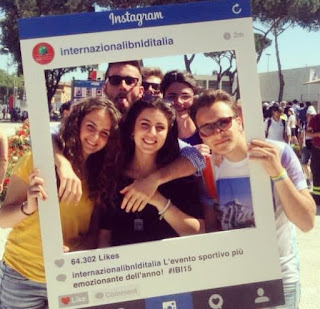 After several years of patiently building up links with our Italian Twin Town, Priverno, in the Latina region of Lazio, which included many civic visits and several music tours, finally we had some students. A promise made 3 years ago finally came real. It was Carla Contini from the Theodosio Rossi school that brought across 21 students and it was Anna Jackson at Bridgwater College Academy that provided the educational space for the face to face link up with Bridgwater kids. A full programme organised by Bridgwater International, including catering, transport and even a comedy political election debate, and a week at Model Farm providing the setting. Particular thanks to Hilary Bruce for her hard work co-ordinating and especially in translating everything.

Posted by BridgwaterInternationalBlog at 16:12 No comments: